(n.) a nostalgic longing to be near again to something or someone

that is distant, or that has been loved and then lost;

“the love that remains”

It didn’t occur to me that I was single after Sam’s death until the boys said it out loud. Sam and I had recently celebrated our 15th wedding anniversary, the year before we had thrown a party for his parents’ golden anniversary, and I sort of thought that was the direction we were heading. I longed to turn back time with an intensity that kept me awake at night, desperately willing the hands of the clock backwards, disappointed by each rising sun.

Within a few weeks of his father’s death, my older son started asking me questions like How do you pay the electric bill? And What is a mortgage? Even in my shocked and overwhelmed state, I realized that the questions he was asking weren’t really pointing to the answers he needed. Several family members and friends – well-intended but slightly misguided – had informed him that he was now the “man of the house.” He was 8 years old.

I did not teach him how to sign up for online bill pay or how to calculate mortgage interest. Instead, I signed him up for fall ball, and together we calculated multiplication tables. He was the 8-year-old of the house, and his job was baseball and playdates and third grade. I told him that I would take care of everything else.

He was terrified that our now family of three would founder without his father at the helm. He said, “Mommy, I need you to get married again because I need a step-father because I’m too little to be the man of the house.” He was half right.

As a parent, my challenge was to navigate my own grief process while simultaneously guiding the boys on theirs. Each one’s path is unique. It hadn’t entered my mind yet that I might partner again with somebody, but the boys had a different perspective on what such a relationship meant for them.

So we had the conversation. I told them I didn’t know what would happen. But I did know that there was a daddy-shaped place in their hearts that would be there forever. Nobody will ever take that place because nobody else fits. But if somebody special came into our lives, then there would be a new place just for him. That’s how love works. The thing about love is that your heart will grow to include both. (Which, as it turns out, is more true and more beautiful than I imagined.)

We talked about their roles and mine. I assured them that I would ask for help if I needed it, asking for help being one of the more important mental health skills that a person can nurture. We talked about life and death and love. I’m open to discuss pretty much any topic with my children that they’re inclined to discuss with me. Now that they are teenagers and young men, our conversations center around their current concerns, like sex and alcohol. Sometimes I wish we could just talk about dead people instead. It is simpler.

I remember one member of the family consciously refusing to let go of his suffering over Sam’s death. He said he was afraid that if he did, he would lose Sam in the process, the pain of Sam’s suicide wrapped like a python tightly around Sam’s very life. Losing and letting go are not the same thing. It requires both intention and surrender to find that balance where the longing to return to our old life releases its hold, while the love from our past continues to hold us up.

At Sam’s funeral, once we were graveside, and the casket had been lowered slowly into the ground, the rabbi handed me a single rose. He instructed me that, as the widow, I was to release the flower into the open grave and this would mark the beginning of my process of letting him go and continuing to live my life. I would have stood at the edge of the gravesite for much longer if there had not been several hundred people watching and waiting. In that moment I understood the urge to jump into the grave and hold on. People do that. It is not easy to come to terms with death’s finality. And yet, there was much wisdom in releasing the rose.

The family therapist once predicted that we would all reinvest one day. I have a vivid recollection of my next thought: “Absolutely, the boys need to do that. But I’m not going to.” Evidently, I still had work to do.

Fast forward a couple years, and somebody special did come into our lives. Tim had also been widowed and also had two sons. By that time, however, my sons had flip-flopped their position on the step-father question. The one who had wanted a step-father was now adamantly opposed. The other one said, “Mommy, I like Tim and I want you to marry him.” Predictable.

The flip-flopping flipped again after Tim and I were engaged. It was past bedtime (of course), and the one in favor of the marriage (I think – it’s hard to keep track at this hour) was irate, and he shouted at me: “You don’t even WISH Daddy was back any more!!”

I had reached that place where it didn’t make sense to spend my time wishing for something I couldn’t have. Because if I did, I would miss out on the love and good and beauty here for me now. The sunrise in my days represented possibility again.

But my boy is the product of two lawyers and not easily dissuaded. He pointed a finger at me and put out his next best argument: “You don’t even MISS Daddy any more!”

Which was not true.

“That,” I said, wagging my finger back at him, “is another question altogether. I will never stop missing your father.” I miss Sam when I hear a story I know would have made him smile; sometimes I can almost hear him laughing. I miss him when I see his facial expression on his sons’ faces. My heart aches every time they do something fabulous, and their father is not there to see them, and each time they falter and he is not there to catch them. That part doesn’t exactly get easier. And yet…

The boys are blessed with a step-father who loves them as his own. Not because we needed a replacement man of the house, although I did fall in love with Tim all over again when he cleaned up the mess resulting from a child’s bout with food poisoning, but because this wonderful, funny, thoughtful man has his own place in our hearts. By accepting death’s finality, we open our hearts to possibility.

I believe that we honor Sam most by living our lives well. With joy and love and open hearts. I know it is what he would have wanted. His love provided a foundation for us.

The love that remains.

A few weeks ago, I took one of the boys to the pediatrician for a followup after a sinus infection. The doctor asked about the family history of allergies, including the boy’s father, not realizing that he had died almost 7 years prior. For a moment the doctor himself started to tear up, but only briefly. His professional face returned, and he issued his diagnosis. As my son and I discussed the appointment afterwards, we noted how we almost feel more sorry for the doctor when these moments arise than we do for ourselves, because we have so thoroughly incorporated our story into our lives. It is all a part of who we are. And then he adds, “Mom, I do miss dad, but if it weren’t for Tim I wouldn’t be where I am now, and I really am happy.”

The one doesn’t replace the other. It is simply how we got here. And love remains.

Wishing you light and strength on your healing path. And the love that remains. 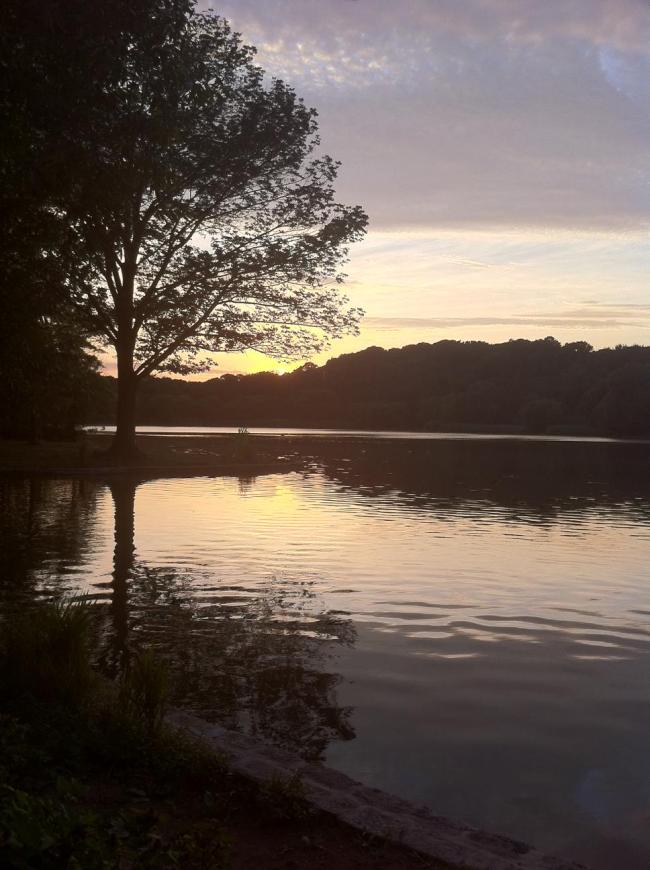